David Tordi is our main tour guide. He was born in Orvieto, Umbria, Italy, he is a professional musician, linguist, and for the past fourteen years, a tour guide specializing in Italy and its multi-coloured history and tradition. He is married to an American and still lives in his hometown Orvieto today.

David lived in the USA for several years, where he perfected his English and learned a lot about American culture, as well as its many cultural differences with Italian culture. He enjoys learning about and explaining differences in language, customs, and behaviors between Italian and other cultures.

David speaks other languages, such as French, Russian and Spanish. He earned a university degree in Foreign Languages (English and Russian), as well as several other international certifications. David works professionally through tour guiding, language instruction, and music. 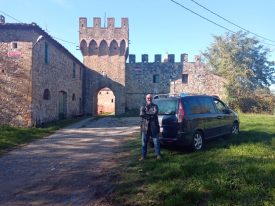 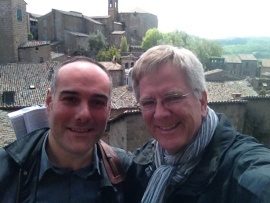 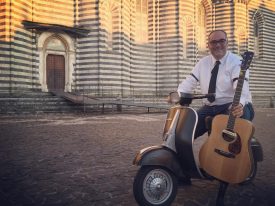 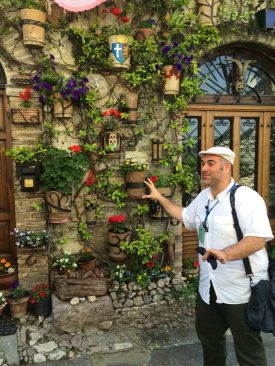 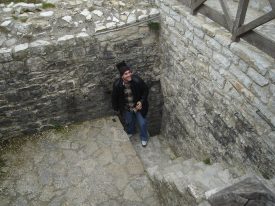 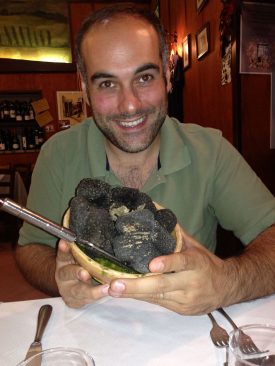 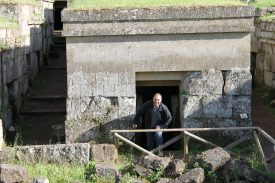 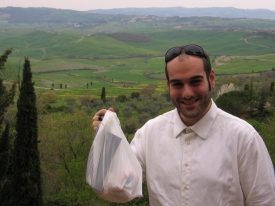 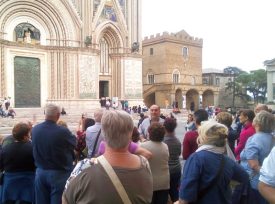 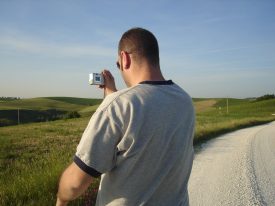 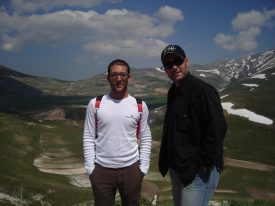 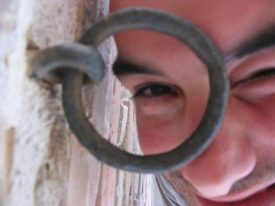 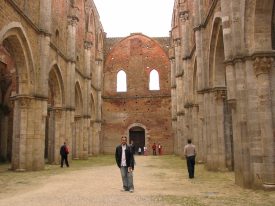 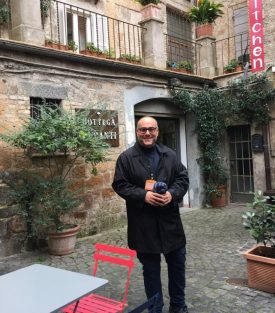 Our guide (David) was very friendly and knowledgeable. We learned about the history or the area in general as well as historical details of the history of Orvieto itself.

David took us through the history of this beautiful and important city with a local’s affection and pride.His knowledge and love of the place are contagious and he answered dozens of questions about Orvieto and other things Italian. We loved lunching with him and talking food and wine and so much more. Highly recommended.

David’s is a warm, funny and talented tour guide. His knowledge of Italian culture, tradition, food, and history is invaluable. Because he is native Italian he brings a vast knowledge of Italy and its people to his tours. His musical talents made our trip enjoyable, fun and memorable.

David Tordi is a force of nature! We were introduced to David as our guide on a 14 day tour of the hill towns and villages of Northern Italy. More than being just our guide, he served as our “muse” – a source of inspiration for all things about Italy and what it means to be Italian…

You can find out more about which cookies we are using or switch them off in settings.

This website uses cookies so that we can provide you with the best user experience possible. Cookie information is stored in your browser and performs functions such as recognising you when you return to our website and helping our team to understand which sections of the website you find most interesting and useful.

Strictly Necessary Cookie should be enabled at all times so that we can save your preferences for cookie settings.

If you disable this cookie, we will not be able to save your preferences. This means that every time you visit this website you will need to enable or disable cookies again.